Cream Ale is a type of well-attenuated beer with a light colour, typically ranging from straw to pale golden. This type of beer was first created in the United States in the mid-19th century, and various forms of Cream Ale were then developed over time. Until Prohibition, Cream Ale was only produced in the United States. As a result of Prohibition, brewers on the other side of the Canadian border started making Cream Ale. After Prohibition ended, brewers in the U.S. began making Cream Ale again, and Canadian brewers kept at it as well.

In the 21st century, several microbrewers – especially in the U.S and Canada – have developed their own Cream Ale products.

Cream ales are top-fermented ales, but once the primary fermentation has been completed, they are typically cold-conditioned or subjected to lagering for a substantial period of time. This serves to reduce the number of fruity esters in the ale and give it a cleaner flavour profile.

Some brewers of cream ale also add lager yeast for the cold-conditioning stage.

Adjuncts, such as rice or corn, can be used to make both body and flavour lighter, but quite a few of the craft brewers prefer to make all-malt cream ale and not utilize any adjuncts.

Cream ales are typically brewed in a way that makes them taste light and refreshing.

It is common for the hop and malt flavour to be subdued in cream ale, although some craft brewers allow a stronger hop and malt presence.

No, a normal cream ale will not contain any dairy.

Two examples of cream ales and their makers

Think Big’Ger Cream Ale from the All of Nothing Brewhouse in Oshawa, Ontario, Canada 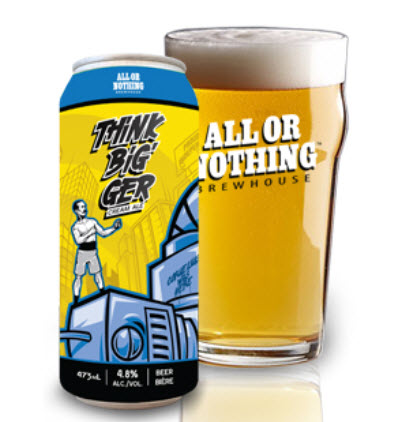 The Think Big’Ger Cream Ale comes with a 4.8% ABV.

Formerly known as Underdog’s Brewhouse, this craft brewery has been around since 2014 and is spearheaded by Jeff and Eric Dornan. With a headquarter in Oshawa, the company makes beer, mead and spirits. The beer and mead selection contains items such as Think Big’Ger Cream Ale 4.8% ABV, Celebration Lagered Ale 4.8% ABV, Snooze You Lose Honey Brown 5.0% ABV, Hustle Over Hype Pale Wheat 5.1% ABV, Blood, Sweat & Tears IPA 6.7% ABV, Mind Over Matter Mead Braggot 7.0% ABV, and Skies The Limits Imperial IPA 8.9% ABV. 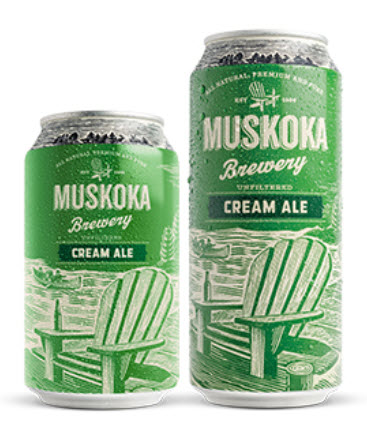 Muskoka Cream Ale is made by Muskoka Brewery, a craft beer producer that has been making beer since the mid-1990s. In the early days, it was known as the Muskoka Cottage Brewery.

Muskoka makes several different types of beer and ale and their product range includes items such as Mad Tom IPA, Muskoka Craft Lager, Muskoka Shinnicked Stout and, of course, the Muskoka Cream Ale. Most of the products are unfiltered.