Steam beer is a highly effervescent beer. This effervescence is achieved by allowing lager yeasts to ferment at a higher temperature than normal for lager yeast. 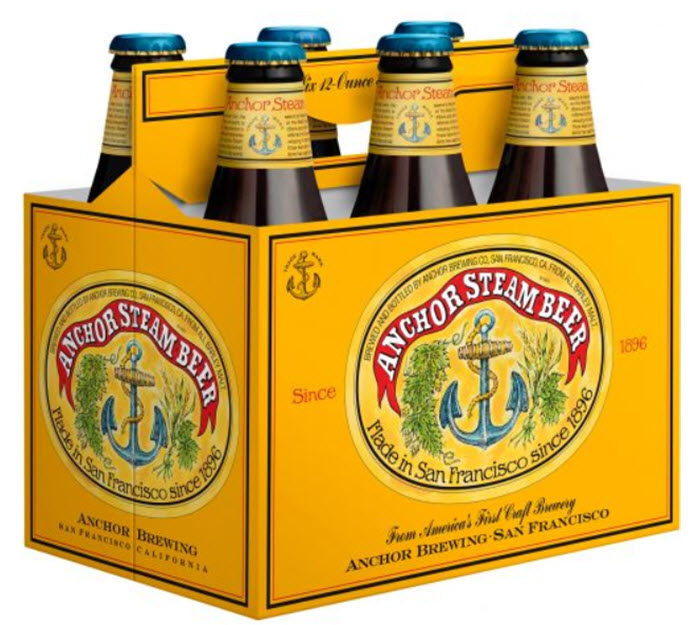 Today, a highly effervescent beer produced by dedicated nano- and microbrewers is highly regarded and costs a pretty penny, but this type of beer was originally seen as cheap low-quality beer for people with questionable taste.

One of the most well-known historic producers of steam beer in the United States was the James River Steam Brewery in Richmond, Virginia, but steam beer was also strongly associated with highly improvised beer brewing operations the Wild West, in locations such as Nevada and San Francisco.

The beer-style known as California common beer is actually a type of (more modern) steam beer. Anchor Brewing has copyrighted the term steam beer, and brewers (including microbrewers) interested in making steam beer risk running into legal trouble if they use the term steam beer in their marketing. Therefore, you are more likely to see the term California Common to denote highly effervescent beer. California Common is a very popular style among U.S and Canadian nano-brewers, and many brewing supply shops offer specialized kits and recipes for highly effervescent beer.

The old-style steam beer made in the West is believed to have been the result of simply not having access to any reliable way of keeping the temperature down during the brewing. In many cases, not even naturally cold water was available. Many of the brewers were also pretty unfamiliar with the process of making ale, but they managed to obtain a strain of lager yeast that would ferment even at higher temperatures than the recommended ones. This was ad hoc beer making, and the result was a low-priced beer accessible to people with small means. Adjuncts, such as grits and glucose, were common – and sometimes constituted up to 1/3 of the content in the kettle.

Several references in 19th-century and early 20th-century literature attest to how drinking this beer was largely seen as unrefined behaviour. In his 1899 novel “McTeague”, which takes place in San Francisco, Frank Norris writes about a man who marries and is convinced by his wife to adopt more refined habits, including “to substitute bottled beer in the place of steambeer”.

Steam beer uses bottom-fermenting lager yeasts but at ale yeast temperatures, which results in a very unusual flavour profile that have notes of both ale and lager.

A possible relationship between US steam beer and Dampfbier

Dampfbier is a traditional German beer fermented at unusually high temperatures. It is possible that 19th-century brewers in the U.S. were familiar with Dampfbier and that it served as inspiration for the Steam beer. In German, Dampf means steam. It should be noted, however, that Dampfbier is an ale, while the U.S. 19th-century steam beer was a lager.