Smoked beer is strongly associated with Germany, and especially with the Rauchbiers of Bamberg, such as the famous Schlenkerla and Spezial beers. The strong smoke flavour is imparted by letting barley dry over an open flame before using it in the beer making. 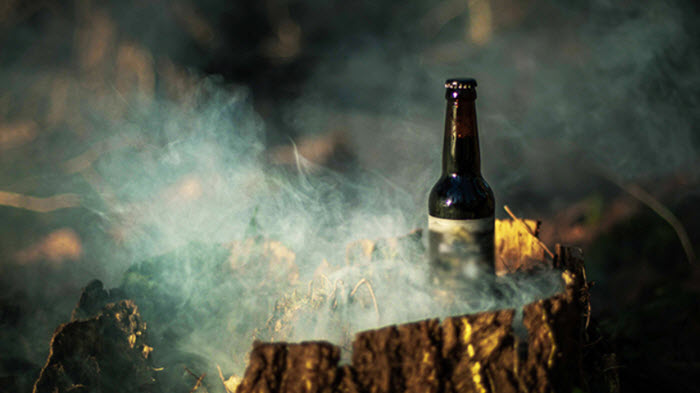 Due to the increased interest in craft beer in recent years, smoked beer has gone through a bit of a renaissance and become more widely available than in the 20th century.

If you want to try smoked beer, it is important to know that not every brewer use the elaborate traditional method for which Bamberg is famous. Some of the beers marketed as smoked beer have been created in non-traditional ways, e.g. by adding commercially available smoke-flavor.

Prior to the industrial era, malted barley was dried in various ways before using it to make beer – including placing it in direct sunlight or drying it over an open fire. Kiln-drying (where the heat is indirect) was used as early as the first century BC, but didn’t come into widespread use until the industrial era.

Kiln-drying of barley started gaining traction in Europe during the 1700s. By the mid-1800s, it had largely outcompeted the method of drying malted barley over an open flame, and this meant that beer with a smokey flavour was becoming quite rare compared to before. When the barley is kiln-dried, the process shunts the smoke away form the moist malt, preventing it from absorbing any smokey flavours and aromas.

Eventually, smokey beer had nearly disappeared from the market, but certain breweries intentionally kept the flame-drying tradition alive in Europe. Notably, the two brewpubs Schlenkerla and Spezial – both located in Bamberg, Germany – kept making smokey flavoured beer (Rauchbier) to serve in their pubs. This is why Bamberg Rauchbier is sometimes used almost as a synonym for smoke-flavoured beer.

Both Schlenkerla and Spezial are still in operation, and they still dry their malt over beechwood log fires.

Examples of smoked beer made in other parts of Europe

The Dupont Brewery in Belgium makes Triomfbier Vooruit, a saison made from smoked malt. (Saison is a kind of pale ale.)

Emelisse in the Netherlands makes several smoked beers, both in the German Rauchbier-style and in the form of a smoked porter and a peated imperial Russian stout.

Zweet & Tranen, Rook & Vuur, and Bloed are all examples of smoked beers made by Brouwerij De Molen in the Netherlands.

Winter Time is a smoked old ale made by Meantime Brewery in the UK.

Norwegian Wood is a smoked, juniper-flavoured beer made by Haandbryggeriet in Norway.

Juodvarnių is a smoked beer from the Dundulis brewery in Lithuania. 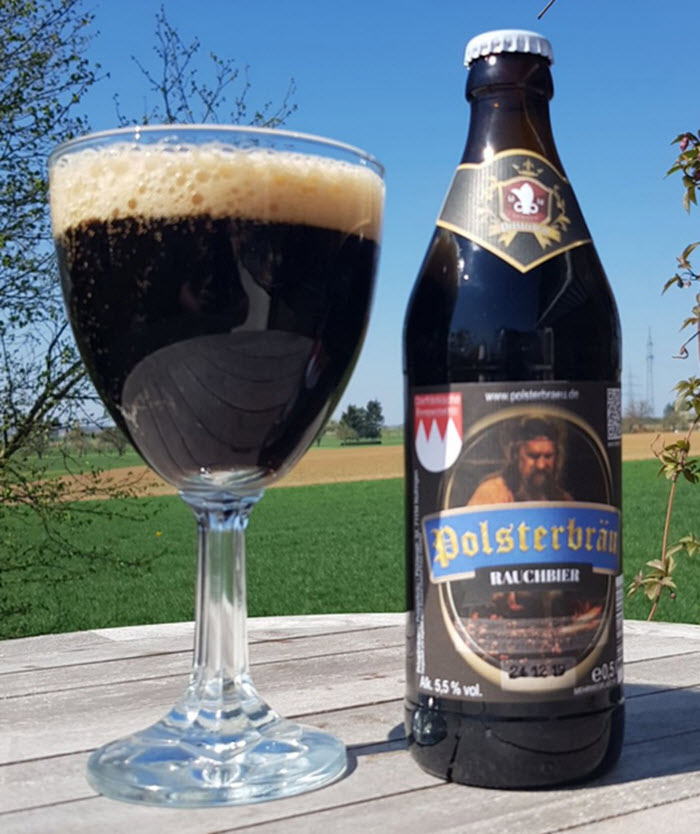 Examples of smoked beer made in North America

Bamburg Castle smoked ale is made by Cameron’s brewing in Canada.

HammerHeart Brewing Company in the U.S. has rauchbier-style beer as their speciality.

Tomfoolery Brewing in the U.S. uses cherry wood to produce their Rauchbier-style lager.

In addition to their Rauchbier-style lager, the New Paltz Brewing Company in the U.S. also makes a smoked wheat beer called Rauchweizen.

Examples of smoked beer made in South America

The Eisenbahn Rauchbier is made by the Eisenbahn brewer in Brazil, using malts imported from Bamberg.

The Cervecería La Montaña makes Yuta, a smoked Munich dunkel. It includes traditional German ingredients but is quite different from the Rauchbiers of Bamberg.

Examples of smoked beer made in Oceania

The Feral Brewing Company in Australia makes a smoked porter.

Smoke Stack is a rauchbier-style beer from Gulf Brewery in Australia.