The Republic of Ireland is, of course, famous for the giants Guinness and Heineken, but this country is also home to roughly 75 significantly smaller breweries that are producing some really interesting craft beers. 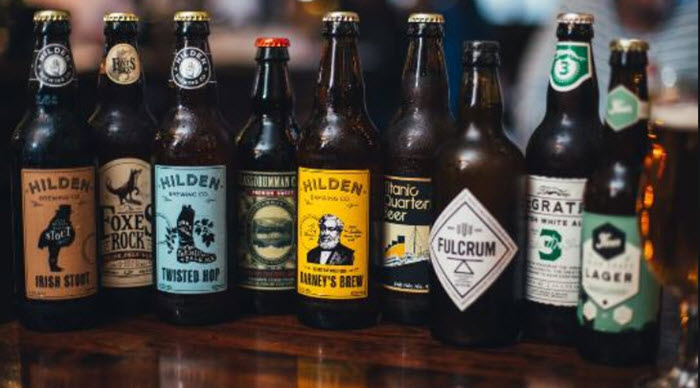 Brewing and drinking beer have been a part of Irish culture since time immemorial, and a lot of traditional skills have been dusted off and turned into practice again with the increased interest in microbrewed craft beer – and interest that has been growing slowly and steadily since the 1980s and then picked up significant speed in the early years of the 21st century.

From an international perspective, the Irish are on the top-10 list of beer drinking per capita, so there has been plenty of opportunities for new breweries and brewpubs to find interested consumers without looking abroad or relying on tourism.

Naturally, many microbreweries and brewpubs have come and gone in Ireland since the 1980s. Established in 1981, Hilden Brewery in Lisburn is Ireland’s oldest non-defunct microbrewery, and from the 1990s, we have survivors such as Carlow Brewing Company and Porterhouse Brewing Company (the latter now runs its own chain of pubs).

The mid-2000s is generally seen as the start of the second-wave of microbreweries in Ireland, with companies such as Trouble Brewing, Metalman Brewing, Galway Bay, Galway Hooker, County Kerry, Dungarvan, Clanconnel, and Dingle Brewery entering the scene.

After a change in tax law, coupled with increased access to EU-level funding for microbrewers, a third-wave of microbrewing swept over Ireland starting in 2013 – partly boosted by government-funded brewing classes.

Historically, it has been quite difficult for small independent breweries to get their beer on tap in pubs in Ireland. In response to this, several microbreweries started their own pubs – some of them with great success. Examples of breweries that operate pubs or on-site restaurants are Dead Centre Brewing, Brú Brewery, Rascals Brewing, and Rising Sons Brewery.

Even though craft beer makes up just a small part of the overall Irish beer market, macro-breweries have responded by launching their own craft-ish brands. Heineken has, for instance, start selling the pale ale Cute Hoor, with packaging that looks very different from the standard Heineken beers, and where the labelling is pretty coy about showcasing that this is indeed a Heineken product.

Some large corporations have also gone the route of acquiring or investing in independent craft breweries in Ireland. Molson Coors did, for instance, purchase Franciscan Well Brewery in 2013. The beer is still sold under the brand Franciscan Well, but with MCBC added to the packaging to identify the parent company.

The Irish Brewers Association was founded back in 1904. Today, it is a division of the large national lobby group Ibec, and only have five members – all of which are macro-breweries.

To better suit the needs of small-scale craft beer makers, two new organisations were formed in the early 2010s: “Beer Ireland”, “Beoir” and “Independent Craft Brewers & Distillers or Ireland”. The latter has since then dropped the distillers and is now focusing solely on beer making, having changed its name to Craft Brewers or Ireland. 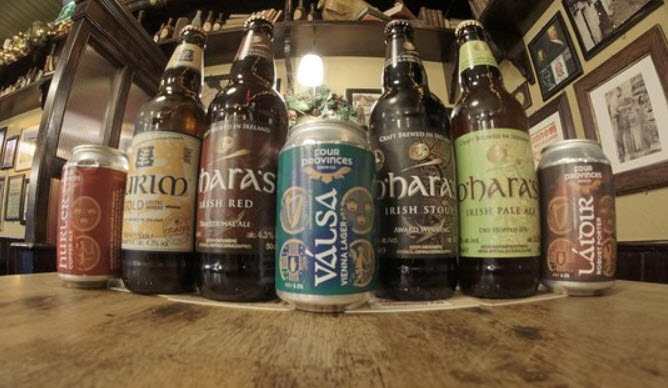 Examples of craft breweries in the Republic of Ireland